The following is the most recent design for the Staging level. For posterity, the previous entries will be kept below. 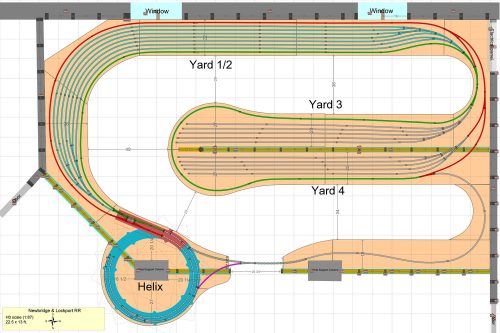 This version was adopted for construction, which I felt offered enough options and future-proofing. Incidentally, all the track was purchased to build it and the design was changed to the above several months later. 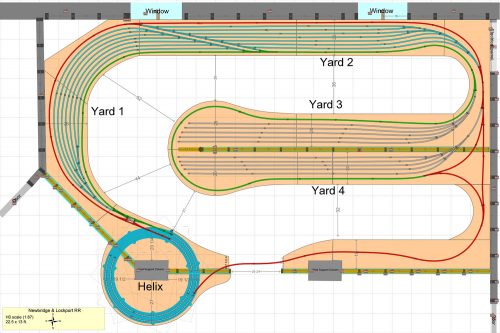 This was the N Scale layout, abandoned when I switched (back) to H0 Scale in March 2018. 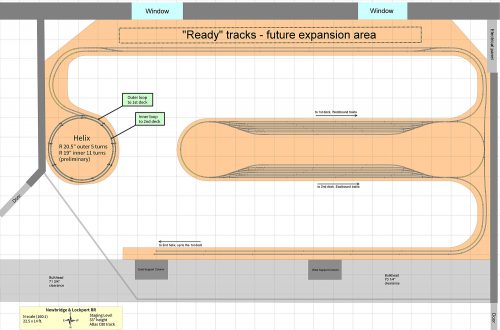