After coming home today, I installed the last few twin track uprights on the peninsula head, completing the major portion of the benchwork. For the kicks, I put couple of brackets on to see what it all looks like together. And it looks good! My crazy idea with a wooden stud cut on angles worked out pretty well. 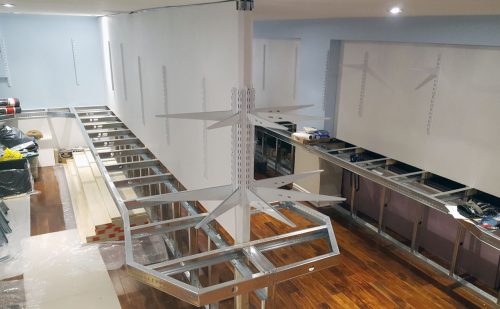 The only catch was that a bit of the seam where the two backdrop panels merge cracked under the upright, due to the pressure it puts on them. 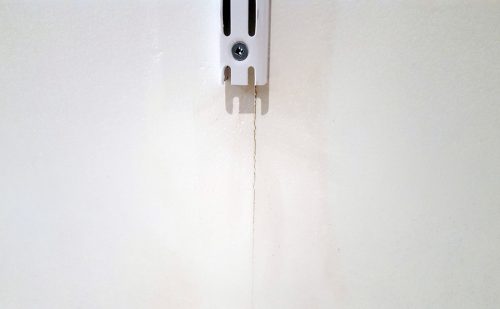 I think that should be expected, whether I used the mud or wood filler. I’d still use wood filler again over mud to patch things up. Hopefully painting the backdrop in final sky blue will hide these cracks and if it doesn’t I might go over with some wood filler and re-prime and re-paint. Not a big deal.

Onward to the next step…which might be some electrical wiring, or maybe the helix area, or even putting some surface onto the lower level. We’ll see what the weekend brings! :)