It was a long way to here. In retrospect, have I known that it would’ve been this much work, I might have opted for some other hobby. Bah, who am I kidding… 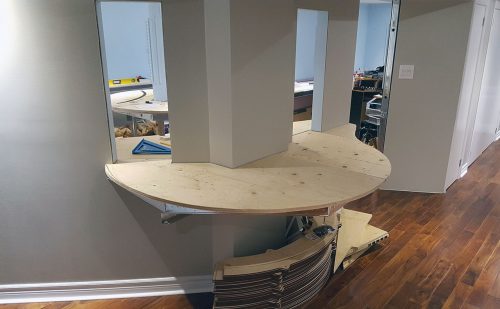 Really, it was all the small items that had to be done on the way, many unrelated to the model railroading, that made me feel I’d never reach this point. There’s still much to be done but there will be more trains related jobs, than others. 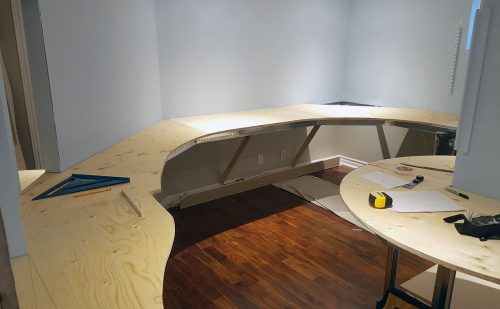 I need to start securing these surfaces to the benchwork and that will be fun (crawling under and stuff). A lot of this plywood is not straight, thanks to Home Despot who sells utter shite quality plywood at extortion prices, while at the same time cornering the market so there are no other options in the city (ok Lowers is there too, but it’s as if they aren’t – same crap, even more expensive). 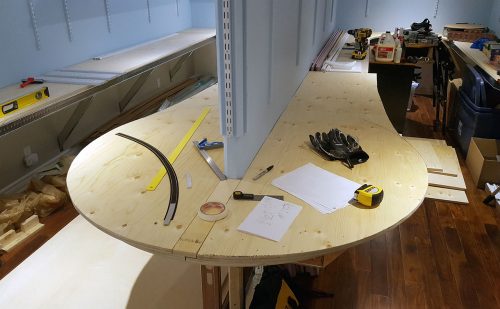 Meanwhile all this, I have been researching various ways of automation. LCC (Layout Command and Control) is an upcoming star as it is vetted by NMRA and I think I might take the plunge on it. The alternatives are proprietary systems from different vendors, some of them costing double the others (WTF is wrong with you ROCO, normal sensor module costs CAD 150, that’s twice $ of the Digikeijs ?!?). I have a ROCO Z21 station and I like it, but I’m not too thrilled to pay high prices for their accessories.

Another option is to use Arduino or RasPi, but that is proprietary onto itself, albeit cheaper and open source most likely. I still haven’t decided on the software that I’ll use – been playing with Rocrail among others, and there’s JMRI with it’s 1998 user interface. I do know I’d like to have support for Railcom which would add another dimension to modelling (being able to identify locos and possibly get other data such as fuel, sand, etc).