Past two days were so-so productive, or maybe I just expect too much. At first, it took a long time to derive a satisfactory cross-brace design. After that it was a matter of fabrication, measuring and cutting metal studs and track to size, fitting, measuring more, levelling everything. Did I mention levelling and measuring? 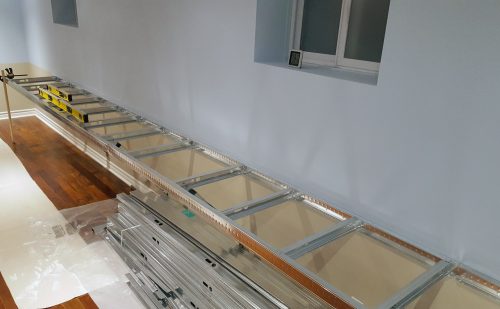 The benchwork was supposed to be 22″ deep in this section, but somehow I ended up with around 22-1/8″. With everything else in mind, I forgot to account for the thickness of the metal tracks on both ends. Swell. I don’t think the aisle space will miss those 1/8″ anyway. 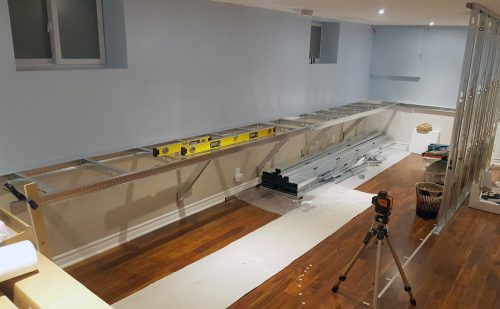 Happy to say that everything is levelled in the top plane (side to side and front to back). Also, it seems that anchoring to the wall is definitely a must, as it provides incredible rigidity to somewhat twisty metal framework.

I’m left with the helix side on this wall now and that’s a rather “black” hole (or just a big hole? :) ) since I don’t have a finished design for it. It started as a circle, then moved into an oval and now I’ve been toying with a triangle shape. Also, the materials are still up in the air as well as the construction method, although I’m leaning towards T-slot tracks inside wooden beams, something like this: 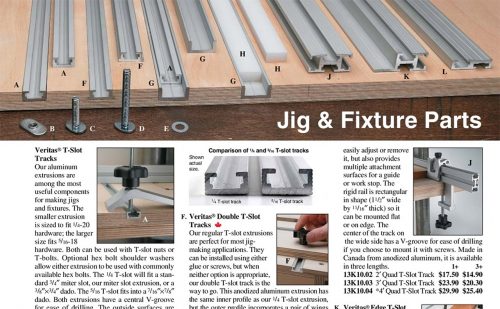 Another item that was done is the peninsula studs have been reinforced with plywood, to support mounting of twin-track uprights that will hold the benchwork for the upper decks. 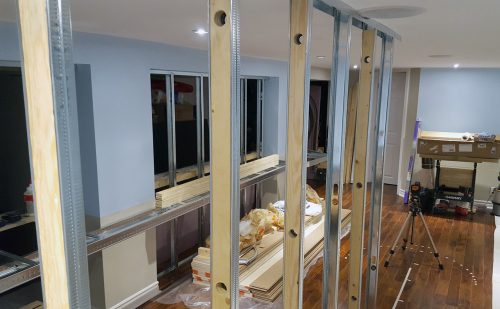 As a side note, we had a conversation tonight and decided to alter our plans for a double-deck layout. We are going to initially start with a single-deck level, and use standard twin-track shelving system to build it. This will allow us to arbitrarily position this main level at any height, thus modulating the height, and also add additional levels at a later date. Double-decking will require ripping the existing level up but the basic support would remain and if we build it right (as individual top surfaces), we should be able to salvage most of it.