A bit more work was done today on the staging yard. The North side of the double-ended main staging yard has been laid down, feeders and all. 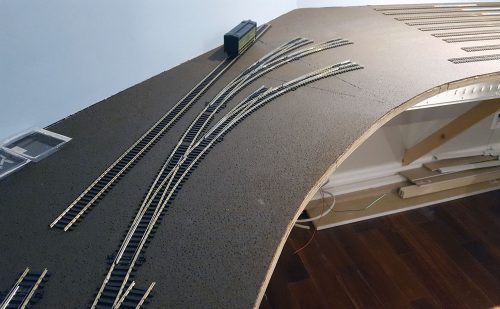 Fingers crossed I did not mess this one up and that all tracks will line up nicely – I spent a lot of time looking and gauging and what not. Still need to get Tortoise motors mounted, but for now feeders are in place. 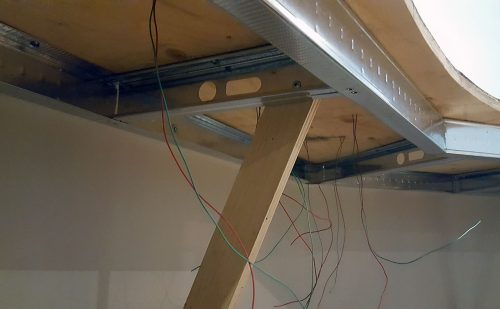 And while on the topic of turnout motors, I want to show my way of setting turnouts for them. Generally you want your points to be centered, and after some mucking around I devised a fast method of doing that, automagically. 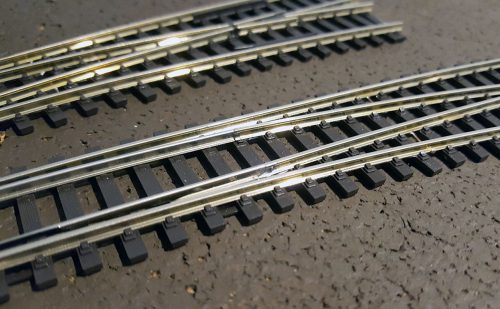 After removing the spring from the turnout so that it can move freely, I solder the joints where point rails connect to the closure rails. I do this on the outer side so that the wheels do not go over the soldered parts. I used to put a piece of wire across the solder joint but that was way too stiff so now I just go with pure solder.

Doing this leaves you with a self-centered point rails…just like magic. 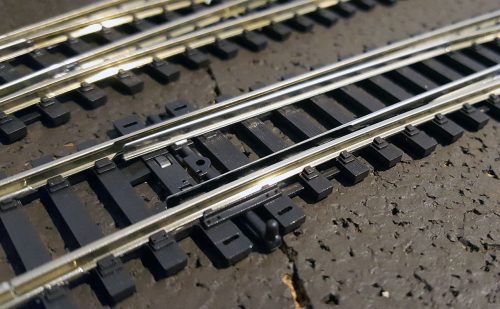 We’ll see how long these joints last with a lot of mechanical movements, though their repair would be easy and straight forward.

That’s it for this update, next will be hundreds of feet of key tracks in the main staging yard. As an aside, I realized that I did not like PECO track that much, and that I would’ve preferred Atlas because it is flexible and naturally takes proper cured shape. PECO appears to be fiddly to curve and I can only imagine what it would’ve been like if I used Micro Engineering track which is really stiff.